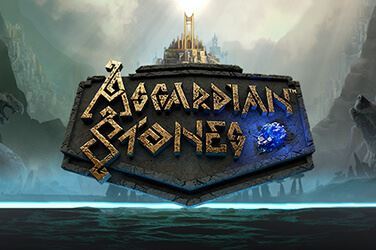 As usual, NetEnt has come up with another truly next-gen slots game that will have you drooling over its blockbuster graphics, sound design and animations in Asgardian Stones. Journey to Asgard, cross the rainbow bridge and meet the gods as you try to build your multiplier by blowing up blocks and collecting levels.

While you may have been to Valhalla before in other slots, we bet it didn’t look and sound as good as this last time. So will you be feasting with the gods in the golden hall, or will you languish among the dishonoured dead? Let’s take a look in our Asgardian Stones review!

Slots are big business these days, and we’ve seen the genre evolve from a half baked novelty into a genuine art form over the last decade, so believe us when we say that Asgardian Stones is about as beautiful as they come at the moment. Everything about it is well designed, from the detailed and atmospheric Norse pantheon themed rune stones to the crashing animation and sound effects that play when new combos fall into place, to the dreamy background music that whisks you to the halls of the gods. Everything glows or crackles in this game, and the tiny details like the puffs of dust thrown up by the falling stones all serve to combine into a genuinely impressive experience as you play.

But enough gushing about the design, how does it play? Well, the first thing to know is that it employs a cascading reels mechanic, so winning combos are blown up and replaced by new symbols. This means you effectively get a re-spin every round, which is a nice touch. The low paying symbols are stylised runic 9 – A symbols, while the higher paying icons are the carved heads of Norse deities like Thor, Freya and Odin. Every successful combo adds a step to the multiplier, carved on a tall rock to the left of the reels, up to a maximum of 4x. Also in play in the base game are colossal symbols, which can be 2×2 or even 3×3 sized, and appear at random on the reels – crushing the symbols they land on and taking them out of play. Not only does this make it easier to make combos, the symbols that are crushed count as combos and are added to your multiplier. With betting limits between £/€/$0.20 and £/€/$200 per spin, these combos and multipliers can quickly mount a heck of a prize, and mean a decent RTP of 96.31%!

Unlike most games, the bonus round is actually triggered randomly by the bonus wheel landing on the reels. It will then spin on its own, granting you a multiple of 5 free spins up to 25, during which time the wild symbol can also appear as a colossal symbol. This round is a fairly standard free spins round with no big surprises, except that the whole game looks generally more epic with lightning flashing across the sky and all the god symbols having glowing eyes. You might also end up feeling epic because the maximum prize in this game is a massive £/€/$400,000.

The Asgardian Stones slot game is simply a true blockbuster slot to rival anything else on the market. It packs it all in, from amazing looking visuals to clever and engaging gameplay, you’ll never feel like you’re not involved in some titanic struggle over the fate of the universe. If we had to criticise anything it would be the random trigger on the bonus wheel, but it’s such a lot of fun that you probably won’t mind!